Avi Stein has served as Artistic Director of The Helicon Foundation since 2013. Avi is the associate organist and chorusmaster at Trinity Church Wall Street and on faculty at the Juilliard School where he teaches continuo accompaniment, vocal repertoire and chamber music.

The New York Times described Avi as "a brilliant organ soloist" in his Carnegie Hall debut and he was recently featured in Early Music America magazine in an article on the new generation of leaders in the field.

He directed the International Baroque Academy of Musiktheater Bavaria young artists’ program at the Carmel Bach Festival, and has conducted a variety of ensembles including the Portland Baroque Orchestra, the Bang on a Can All-Stars, the Opera Français de New York, OperaOmnia, the Amherst Festival opera, and a critically acclaimed annual series called the 4x4 Festival.  Avi conducted Henry Purcell’s Dido and Aeneas at Juilliard in a production that toured in London’s Holland Park and at the Royal Opera House at the Palace of Versailles. He performed on the 2015 Grammy Award winning recording for best opera by the Boston Early Music Festival.

Avi studied at Indiana University, the Eastman School of Music, the University of Southern California and was a Fulbright scholar in Toulouse, France. 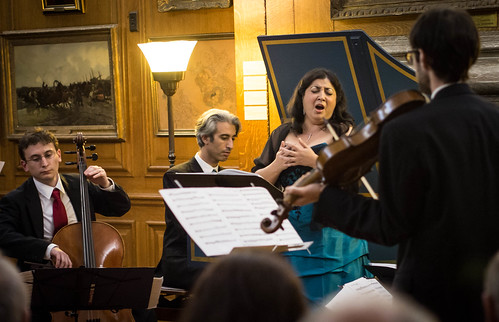