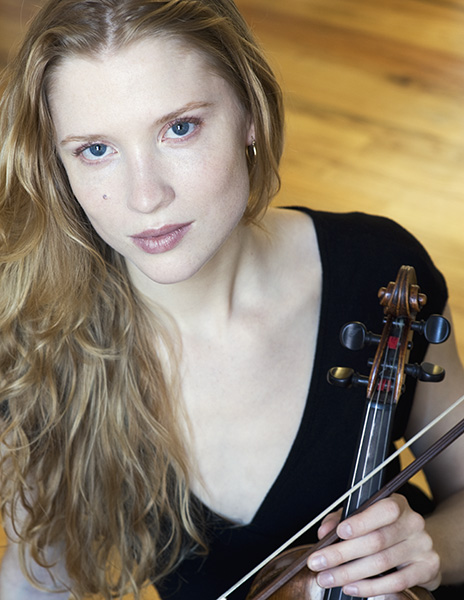 Adriane Post, violin, first became interested in Historical Performance during her studies at Oberlin, where she learned and discovered a love for the Baroque Violin. She received her BM from the Oberlin Conservatory of Music, studying modern and baroque violin under the tutelage of Marilyn McDonald. As part of the inaugural class of Juilliard’s Historical Performance program, she received her Masters’ studying with Cynthia Roberts and Monica Huggett.

Adriane is a member of Apollo’s Fire Baroque Orchestra, touring the US and Europe this season, and plays with Baroque groups such as Handel and Haydn Society and Trinity Wall Street Baroque Orchestra. In Europe, Adriane has worked with the English group Sprezzatura and British Soprano Evelyn Tubb, appearing at the International Handel Festival at Gottingen, and Vammala Festival in Finland. Adriane freelances on modern and baroque violin in New York, is a member of The Knights, and has toured with NY-based Mark Morris Dance Company. Festival engagements have included the Carmel Bach Festival.