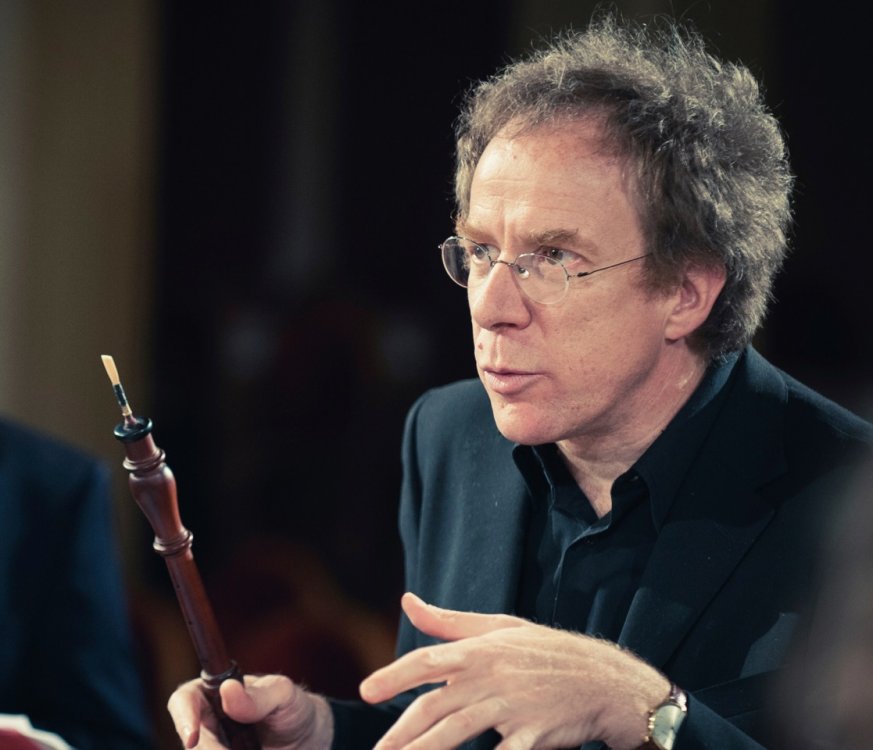 The Italian oboist and conductor, Alfredo Bernardini, moved to The Netherlands in 1981 to specialize in Baroque oboe and early music with, among others, Bruce Haynes and Ku Ebbinge. In 1987 he received his soloist diploma from the Royal Conservatory of The Hague.

In 1989 Alfredo Bernardini founded the ensemble Zefiro together with the brothers Paolo and Alberto Grazzi. As a director, he has worked with orchestras in Italy, France, Germany, Spain, Portugal, Belgium, Holland, Denmark, Norway, Poland, the UK, Sweden, Canada, Australia, Israel and with the European Union Baroque Orchestra. A demanded chamber music partner he has played with such musicians as gambist Jordi Savall harpsichordist Elisabeth Joyé, and cellist Olaf Reimers.

Alfredo Bernardini has played in more than 100 recordings. His recordings with Zefiro have won important prizes such as the Cannes Classical Award and the Diapason d’Or de l’Année 2009.

Since 1992 Alfredo Bernardini teaches Baroque oboe at the Conservatory of Amsterdam and he also taught from 2002 to 2009 at the Escola Superior de Musica de Cataluña in Barcelona. Ha has also been guest teacher in music academies and summer courses in Italy, France, Spain, Portugal, Germany, Austria, Denmark, Israel and the USA. His research on the history of woodwind musical instruments has resulted in several articles published by important international magazines.