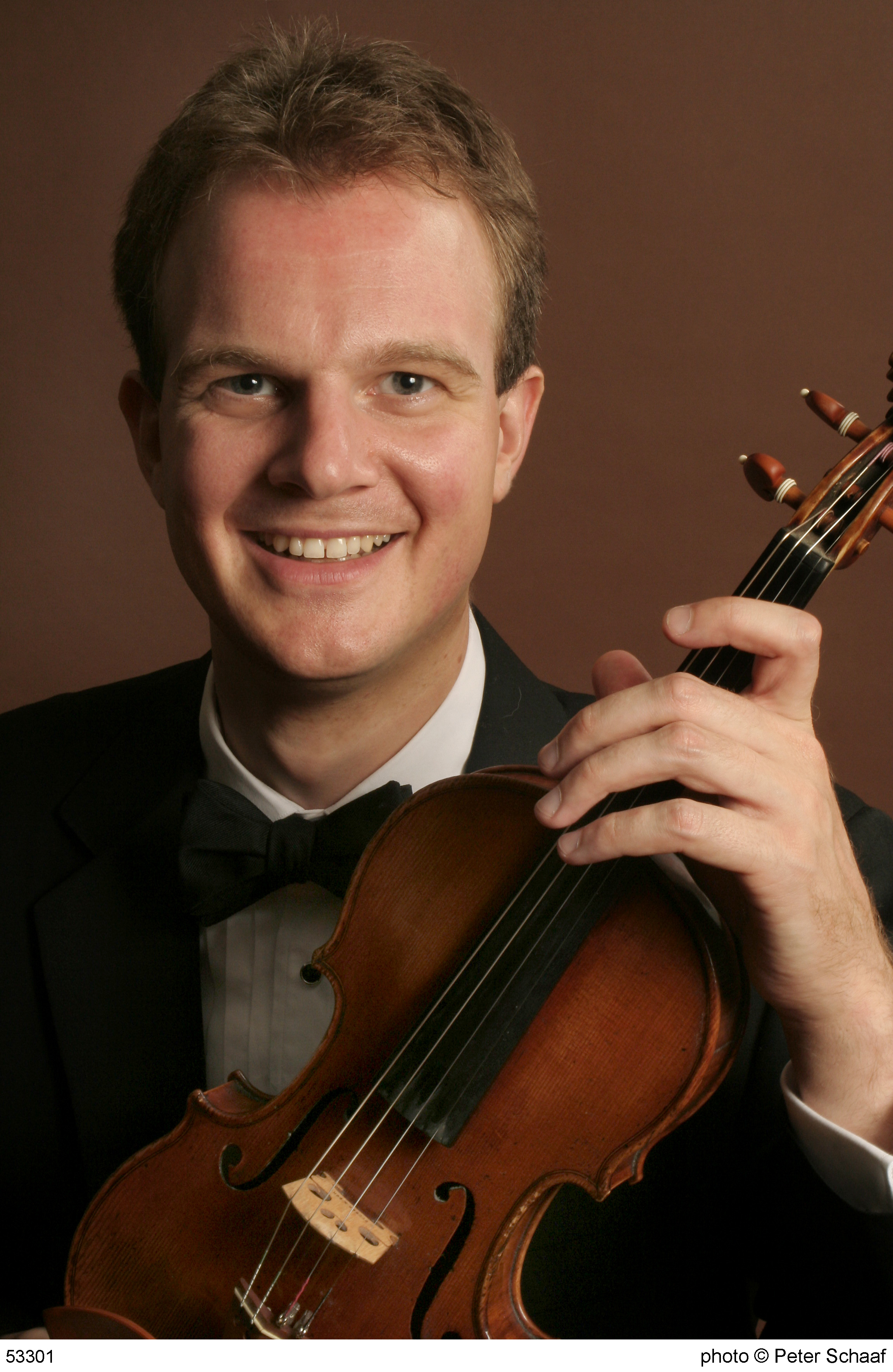 The first German artist to ever win the international Naumburg Violin Award in New York, Axel Strauss made his American début at the Library of Congress in Washington DC and his New York début at Alice Tully Hall in 1998. Since then he has given recitals in major North American cities, including Boston, Chicago, Cleveland, Los Angeles, and San Francisco. In 2007 he was the violinist in the world première performance and recording of Two Awakenings and a Double Lullaby, written for him by Pulitzer Prize winning composer Aaron Jay Kernis. Axel Strauss' discography include the Brahms violin concerto, the three last violin concertos by Kreutzer, the complete Caprices for solo violin by Pierre Rode, and the complete works for violin and piano by George Enescu. Axel Strauss has performed as soloist with orchestras in Budapest, Hamburg, New York, Seoul, Shanghai, Bucharest, San Francisco, and Cincinnati, among others, and has toured widely throughout the world as a recitalist and chamber musician. He has also served as guest concertmaster of the Berlin Philharmonic and the Montreal Symphony. In 2012 Axel Strauss was appointed Professor of Violin at the Schulich School of Music at McGill University in Montreal, where he also serves as Chair of the String Area. Prior to that he served as Professor of Violin at the San Francisco Conservatory of Music.