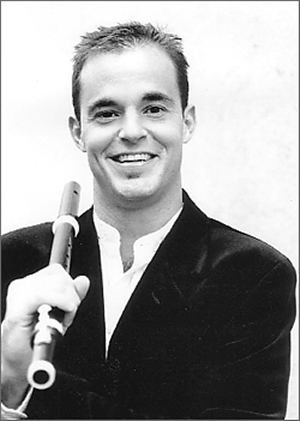 Charles Brink has been a member of the Four Nations Ensemble since 2001 with whom he has performed at the Metropolitan Museum of Art, the Great Performers series at Lincoln Center and the Boston early Music Festival. His recording of Leclair flute sonatas will be released in 2013 on Orchid Classics. From 2006 to 2010 he lead The Grand Tour Orchestra, a period instrument ensemble dedicated to known and unknown masterpieces of mid-18 century music. Charles serves as dramaturg and musical assistant of the Bach Consort Wien.

Brink began his flute studies with Jacob Berg in his native St. Louis. He received his Master's Degree from the New England Conservatory and in 1993 Mr. Brink was a Fellow at the Tanglewood Festival. In 1995 he was awarded a Fulbright Grant to study with Wilbert Hazelzet at the Royal Conservatory of Music in The Hague, Netherlands where he earned certificates in both modern and historical flutes.

Since devoting himself solely to historical flutes in 1998, he has toured and recorded with his own Bouts Ensemble, the Amsterdam Baroque Orchestra, Wiener Akademie and Les Nouveaux Caractères. In 2011 Charles Brink began studies at the Universität für Musik und darstellende Kunst Wien towards a PhD with a focus on the works of Niccolò Jommelli.