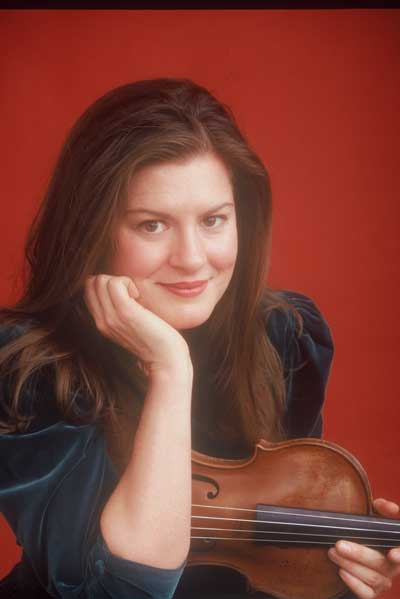 CYNTHIA ROBERTS is one of America's leading performers on the baroque violin, serving as concertmaster of the New York Collegium, Apollo's Fire, and Concert Royal, and appearing as soloist and recitalist throughout the US, Europe and Asia.

At the invitation of William Christie she recently appeared as concertmaster of Les Arts Florissants. She has appeared regularly with Tafelmusik and the American Bach Soloists, and is a principal player in the Carmel Bach Festival. She has appeared with the London Classical Players, Taverner Players and Smithsonian Chamber Players. At age 12, Ms Roberts debuted with Chicago's Grant Park Symphony, performing the Mendelssohn Concerto, and later appeared as soloist with the Boston Pops.

Her principal teachers were Joseph Silverstein, Josef Gingold and Stanley Ritchie. Ms Roberts has appeared on Late Night With David Letterman, accompanying soprano Renee Fleming. Her violin playing was featured on the soundtrack of the film Casanova, which was released in 2005. Ms Roberts serves on the faculties of the University of North Texas and the Oberlin Baroque Performance Institute. Her recording credits include Sony Classical, Analekta, BMG/Deutsche Harmonia Mundi, and Eclectra.