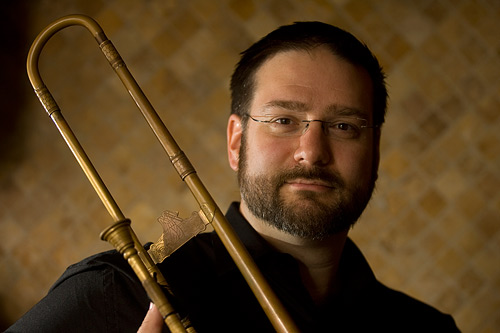 Greg Ingles attended high school at the Interlochen Arts Academy and went on to graduate from the Oberlin Conservatory and SUNY Stony Brook. Before his career in early music, Greg was the Solo Trombone in the Hofer Symphoniker. He enjoys unearthing rarely heard gems as the music director of the early brass ensemble Dark Horse Consort. Greg is a member of Piffaro and and made his Carnegie Hall debut with Quicksilver last season. He has played with such ensembles as the American Bach Soloists, Chatham Baroque, Concerto Palatino, The Handel & Haydn Society of Boston, Trinity Baroque Orchestra, and Tafelmusik. He played with the Globe Theater in their Broadway debut of Twelfth Night and Richard III. Greg is currently the Lecturer in Sackbut at Boston University and teaches at the Madison Early Music Festival each summer.