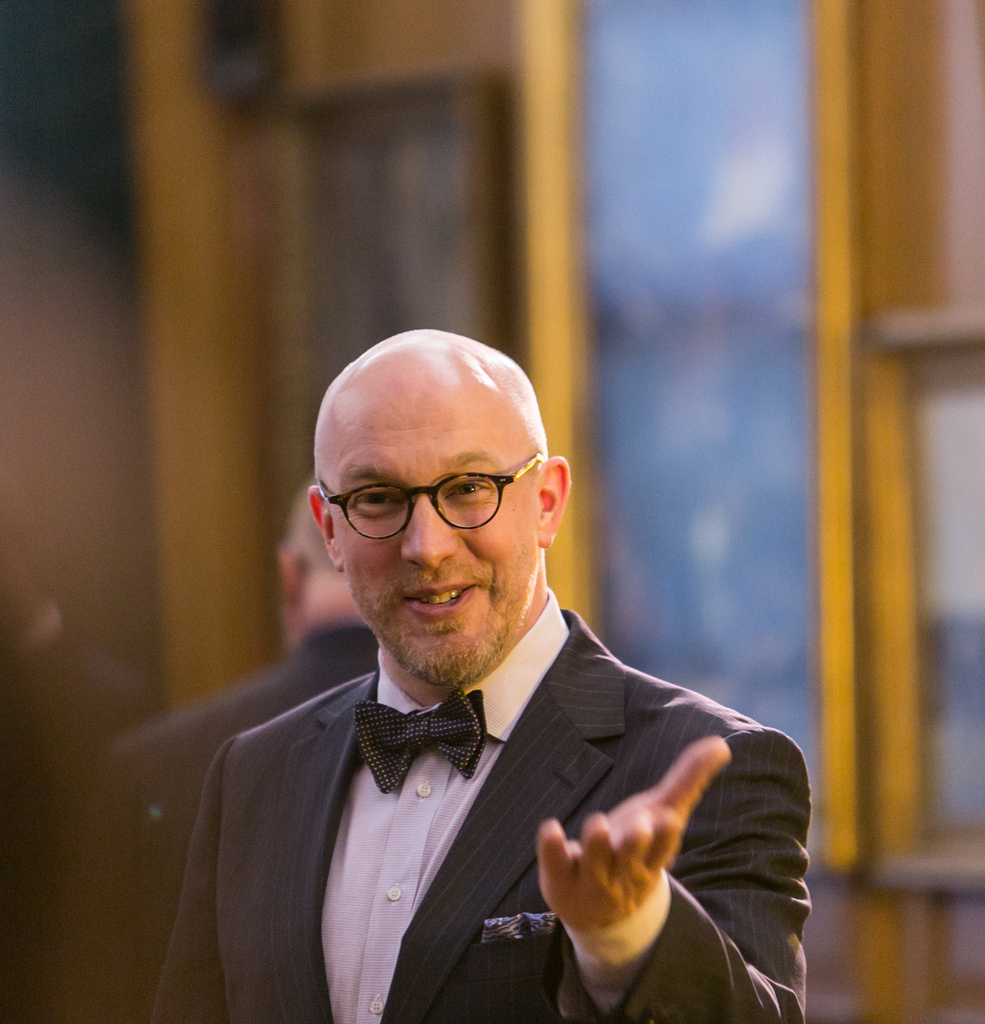 JAMES ROE, served as Executive Director of The Helicon Foundation from 1996 to 2013 and was appointed Artistic Director in 2006, succeeding Helicon’s founder, Albert Fuller. He has recently been named President & CEO of the New Jersey Symphony Orchestra, effective July 1, 2013. Under his leadership, Helicon has experienced an expansion of its performance activities, doubling its concert schedule and audience, renewing commercial recording activities and successfully producing joint ventures with other arts organizations, including The Morgan Library and Museum.

Roe made his Lincoln Center concerto debut at the 2004 Mostly Mozart Festival, and in 2009 he performed Vivaldi’s Concerto for Two Oboes in D Minor in Carnegie’s Zankel Hall with The Little Orchestra Society. From 2011 to 2013, he served as Acting Principal Oboe of the New Jersey Symphony Orchestra, where he has been praised for his “superb playing” (The Star-Ledger) and “elegant solos” (Princeton Town Topics). He has been a member of the Mostly Mozart Festival Orchestra and the Brooklyn-based chamber orchestra The Knights; he has appeared as guest-principal oboe with the American Symphony Orchestra, American Composers Orchestra, Houston Grand Opera, Metropolitan Opera, New York City Ballet, New York City Opera and Orchestra of St. Luke’s.

Roe has been a member of Zéphyros Winds, a distinguished American chamber ensemble now in its 18th season. Zéphyros has been presented four times by Lincoln Center, including on the “Great Performers Series,” has appeared at major venues including Carnegie’s Weill Recital Hall, the Library of Congress, Dumbarton Oaks and the 2010 May Festival in Beijing, China, and has given master classes at The Juilliard School and Yale School of Music. In 2009, the Eastman School of Music invited Zéphyros to present its interactive educational concert as a part of the school’s community outreach program, “Music for All.” In addition to his work with Zéphyros, Roe has toured internationally as a guest artist with Imani Winds and has appeared with “An die Musik” in New York City.

In demand as a writer and as a commentator on music and other areas of culture, Roe’s program notes have been used by the 92nd Street Y, Dallas Museum of Art, Eroica Classical Recordings, Merkin Concert Hall, The Morgan Library and Museum, Ravinia Festival and SONY Classical. In 2013, Baruch College published his essay on visual art for a special exhibition catalogue. He has given radio interviews in conjunction with live broadcasts of concerts, including an onstage interview at the Ravinia Festival with Fred Child for “Performance Today.”

Roe attended The Juilliard School, where he earned a master’s degree. He holds a Bachelor of Music with High Honor degree from Michigan State University.